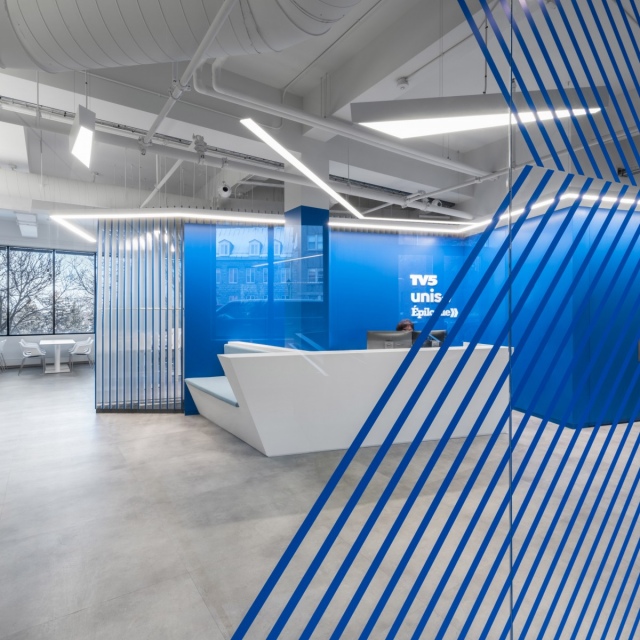 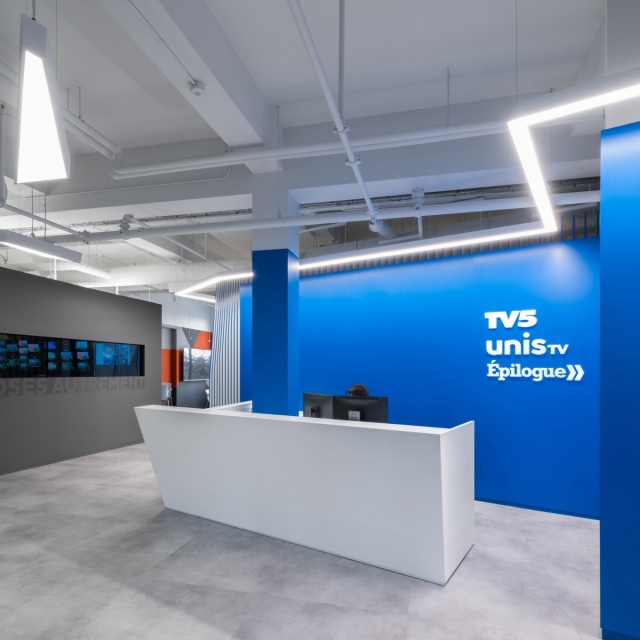 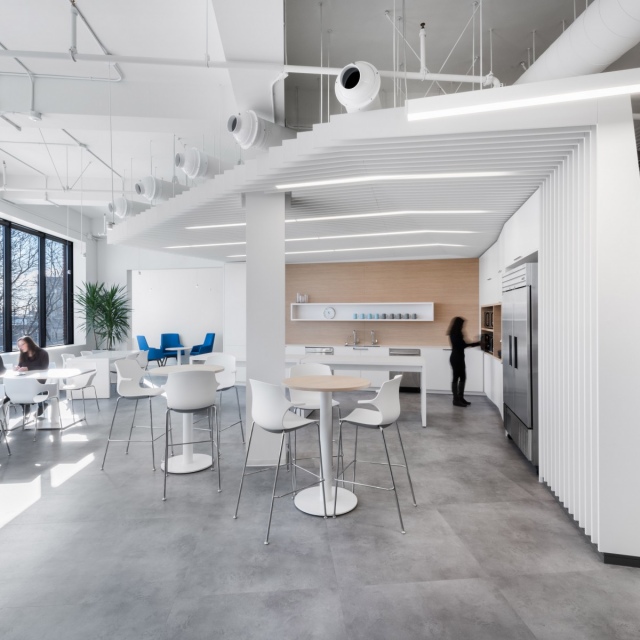 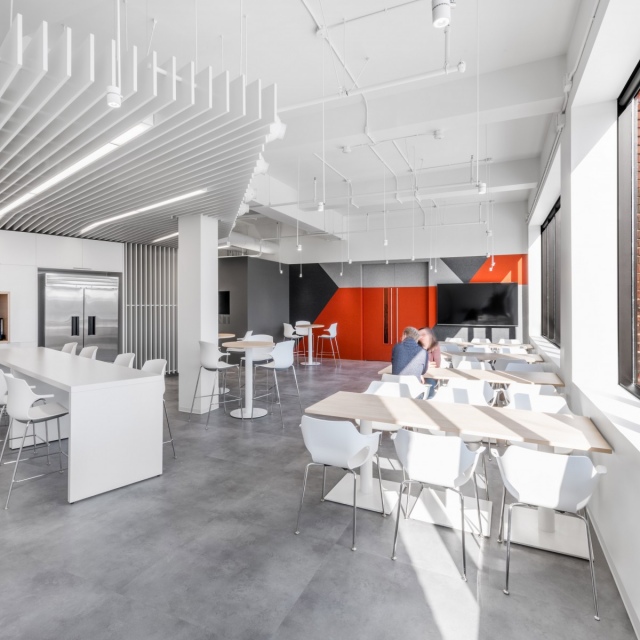 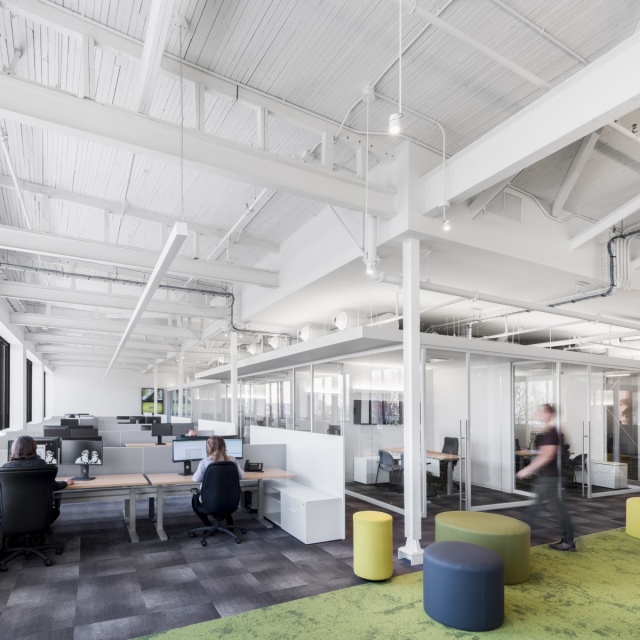 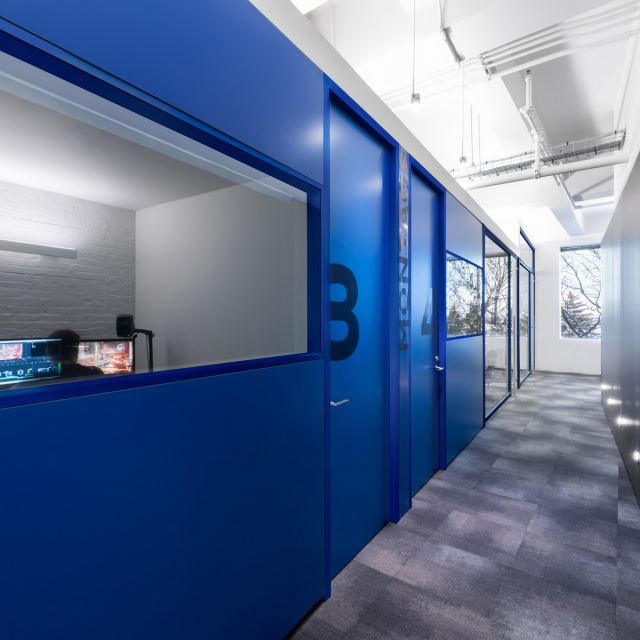 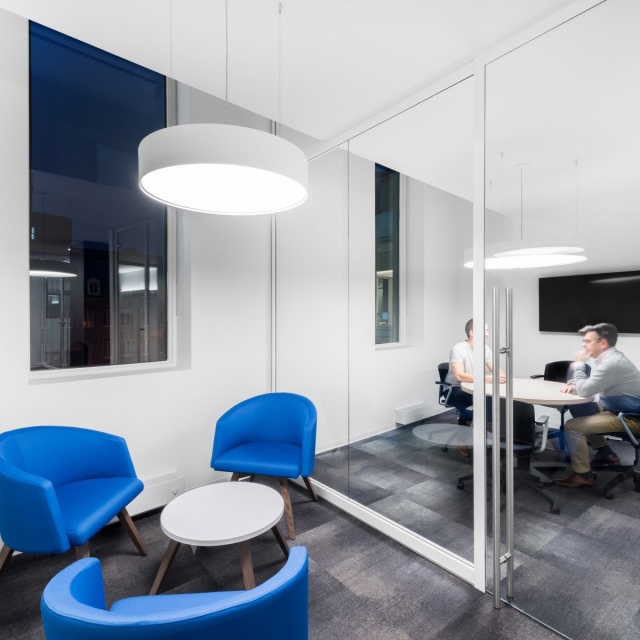 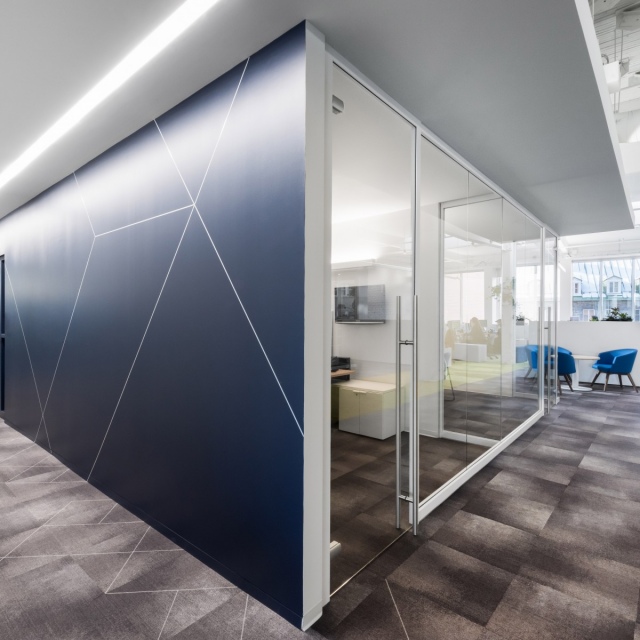 Fullscreen
Back to
portfolio Portfolio

New offices, new vision. The move of its head offices represented a great opportunity for TV5 Québec Canada to reinforce the values ​​within his team. Through this change, all the closed offices reduced to a minimal number, have now the same size. Together they form a block of rooms in the center of each floor, which liberates all the windows and the exterior views towards the river and the Old-Montreal, for the open spaces benefit. This intervention, supported by a careful localization of the ventilation, strips and enhances the original high wooden ceiling.

To generate a certain nomadism and stimulate conversations, several collaboration and informal meeting areas punctuate the workspaces. By merging the cafeteria and reception, FOR. creates a large public meeting place right beside the broadcast room that is located, like it is in the organization, exactly where it’s supposed to be: in the core of the space.

TV5, as the Francophonie’s official media, wanted offices reflecting the ocean that unites French speaking countries. Inspired by this idea, FOR. shaped architectural waves at the reception and cafeteria with a repetition of vertical slats. The St. Lawrence River can be seen by multiple angles thanks to visual breakthroughs and the movable walls transparency, which contributes to the great luminosity in the space.

FOR. also pays tribute to the River-Mountain Walkway that links the Mount-Royal to the St. Lawrence River and created by the City of Montreal for its 375th anniversary, by shaping a green stream crossing the upper floor. In its new design planning, TV5 is truly located between river and mountain.